I was selected as one of twelve artists to create an official illustration for the Hollywood psychological horror movie ‘Mother!’, that will be released on September 15, 2017 in the US. I really enjoyed the process of creating the drawing and receiving feedback from Paramount and the actors (Jennifer Lawrence approved my illustration personally). I did my best to express the inspiration I received from the movie. 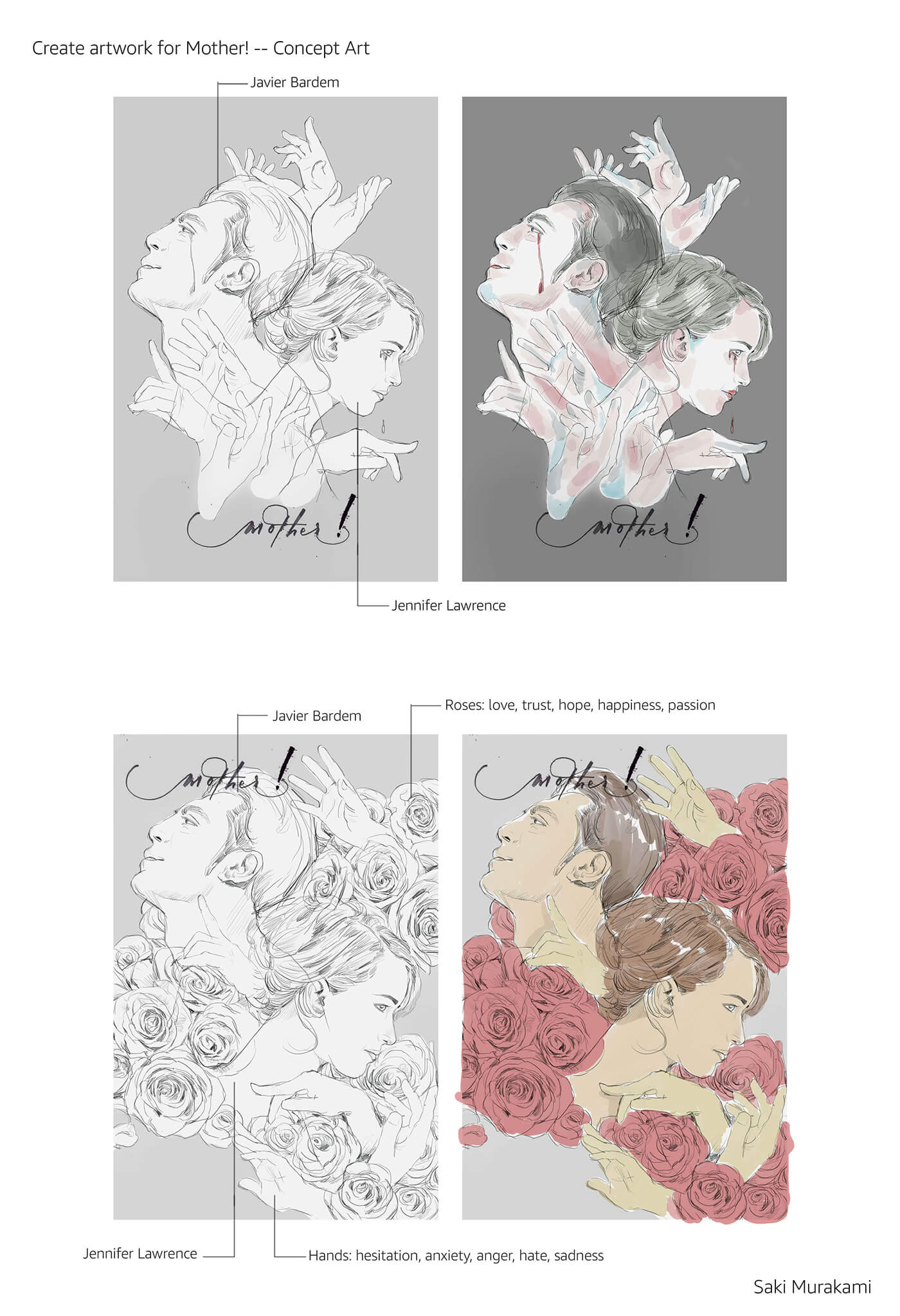 In addition to being shown on official social media channels, twelve pieces for the project were featured at the Hollywood Arclight theatre for the premiere. From those Paramount Pictures printed seven of them as a longer featured installation, of which my illustration was one.